A project by: Gabor Thomas

In August 2020 a truly groundbreaking discovery was made near Marlow: a richly furnished burial of a tribal warlord dating from the early Anglo-Saxon period. 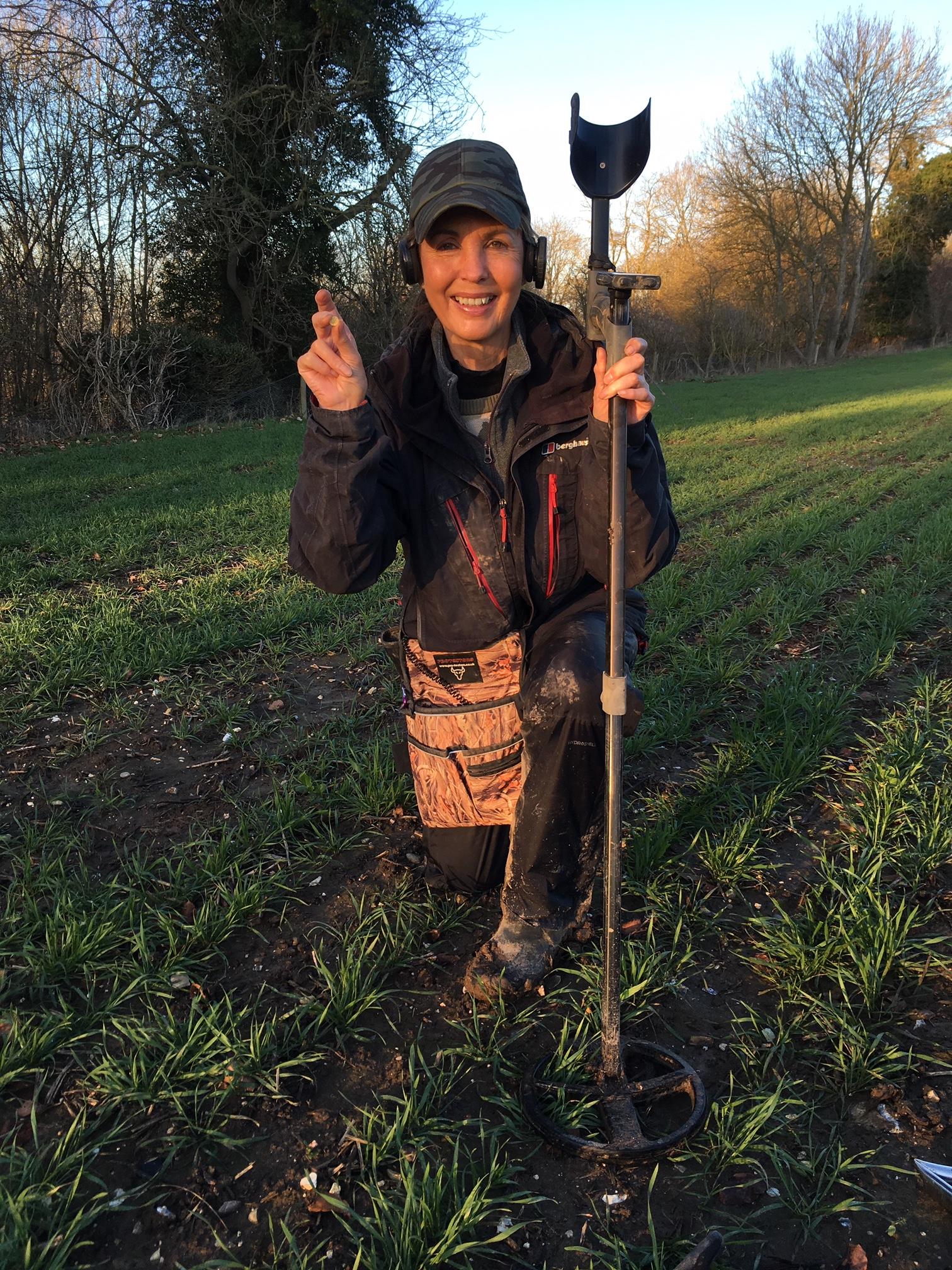 Archaeologists at the University of Reading led an excavation after the discovery of the ‘Marlow Warlord’ was made by metal detectorist Sue Washington on a club trip. The excavation was necessitated by the very shallow depth of the burial which was threatened by continued agricultural activity.

They found an extensive range of weaponry and other grave furnishings, buried with an imposing, six-foot-tall man representing a high-status warlord from the 6th century AD.

Now, we want to share this discovery. Funding is needed for necessary conservation work to allow the items to be displayed in Buckinghamshire Museum, where the public will be able to view the display for free.

The mid-Thames is traditionally regarded as a shadowy and poorly understood ‘borderland’. The findings could change how historians think about the region in the Anglo-Saxon period, 5th-11th centuries A.D.

The burial discovery indicates that prior to the expansion of neighbouring kingdoms, the mid-Thames region hosted its own tribal grouping. The ongoing work to analyse the items and remains will unlock new insights the identity of the warlord and tribal region under his control. And you can help reveal these mysteries.

I am Dr Gabor Thomas,and I led the excavation of the Marlow Warlord burial. I am an Associate Professor in Early Medieval Archaeology at the University of Reading and I have over 20 years’ experience leading excavations on sites of early medieval date, but this ranks as one of the most significant.

The excavation and conservation work has been carried out in partnership with Sue and Mick Washington and other members of the Maidenhead Search Society metal detecting club, the British Museum’s Portable Antiquities Scheme, and Drakon Heritage and Conservation. 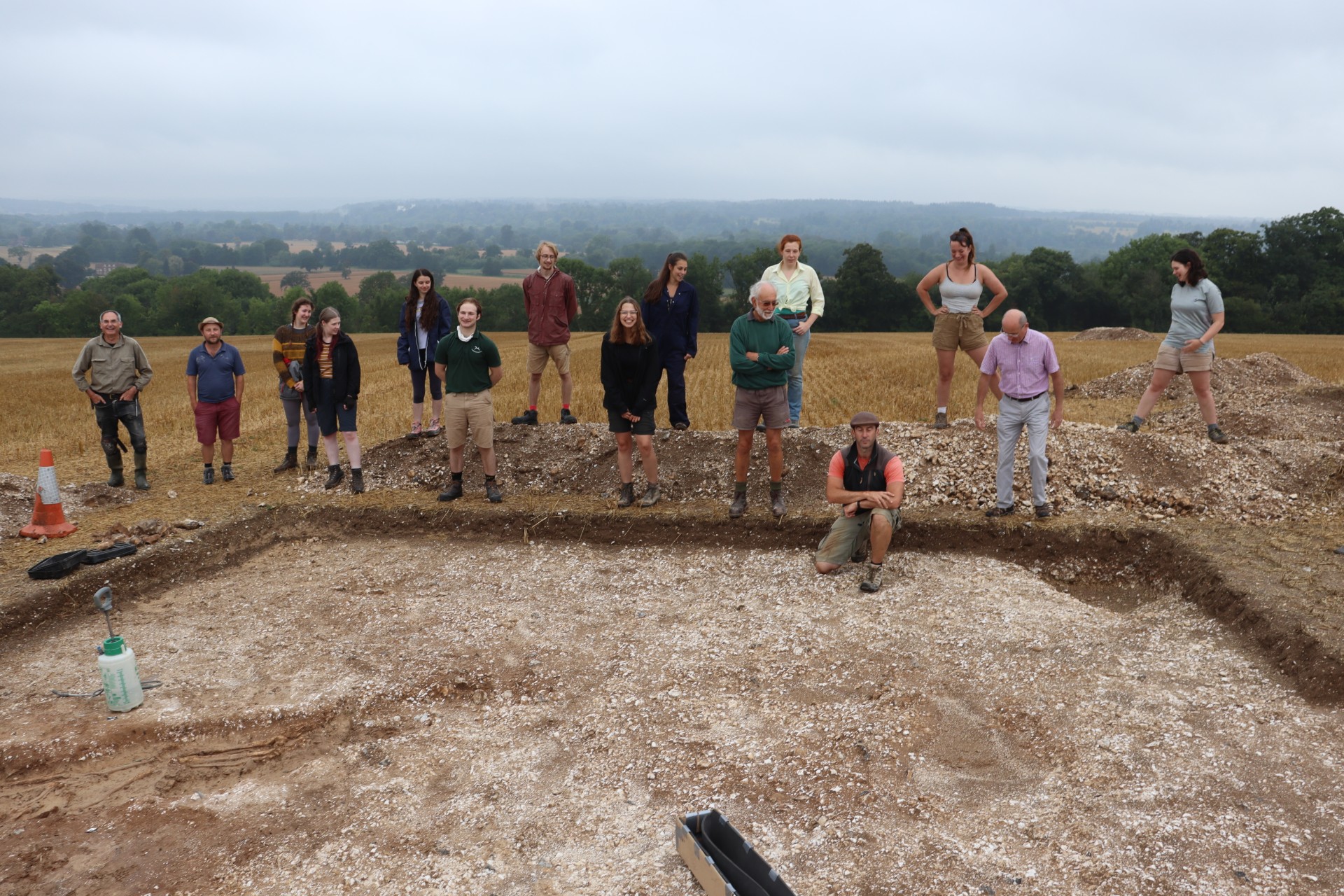 The next step is to carry out essential conservation work on the findings from the burial, so that the items can go on public display in Buckinghamshire Museum. Items found include a sword in an exceptionally well-preserved scabbard, spears and a range of other treasured personal possessions. 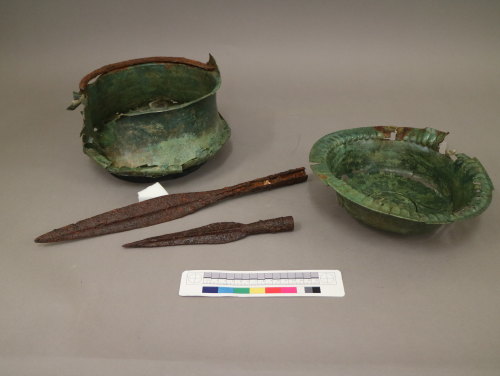 Your support will enable a detailed programme of scientific analysis and conservation to be undertaken on the grave items so that the Marlow warlord can be fully understood in his regional context.

By placing the objects in a museum display where people can see them with their own eyes it will secure a long-term public legacy for this remarkable discovery. And we need your support to help make this happen.

All money donated will go towards the conservation and scientific analysis of these valuable burial items. We will provide regular updates on our fundraising and the progress in making these objects accessible to the public.

Any money raised above our minimum target will go towards:

A list of all donors will feature on the project website to thank you for your generous support.

Have a look at our rewards to see how you can get an exclusive copy of our discovery booklet detailing the excavation and finds, and how you can attend a guided tour of the collection with an opportunity to meet the archaeologists, finders and specialists working on the burial.

The eventual display in the museum will have the website address and (ideally) a QR code that people can scan which will take them to this page.

Share the Marlow Warlord’s story
Your message has been sent.